According to “Eldorado” and “M.Video”, Russians spent nearly 240 billion roubles on wireless gadgets in 2019. Of which, 32 billion rubles formed a carrying device – smart watch, fitness bracelet, etc. In 2019, demand for them doubled to 5 million units and increased by 90 percent in monetary terms. Sales of such devices are growing in all segments. Demand maintains that the price gap between wired and wireless devices is narrowing and even non-core retailers are interested in selling wireless devices. 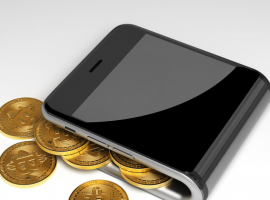 27.07.2020
Anonymous electronic wallets have been banned from replenishing with cash in Russia
Amendments to the law "On the national payment system" entered into force in Russia. Now, if the person who is replenishing a wallet has not been identified, the transaction will be possible only from the bank account.

20.07.2020
"Square" payment service revenue from bitcoin transactions grew to 600%
Payment service "Square Inc" reported that at the second quarter the company's revenue was 1.92 billion $, which is 64% more than a year earlier. The company noted that its Cash App for money transfers showed an increase for 167% till 281 million $. 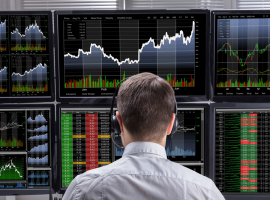 13.07.2020
Citizens have invested over 1.7 trillion roubles into the stock market in the first half of the year
According to the National association of stock market participants (NASMP), the volume of funds received from citizens to brokerage accounts during the first six months of 2020 amounted to about 1.5 trillion roubles, including 50 billion roubles on individual brokerage investment.
All news
Home Gallery News Troika Contact us RUSSIAN +7 (495) 142-09-97
Send a message